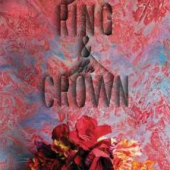 Magic is power, and power is magic…

Once they were inseparable, just two little girls playing games in a formidable castle. Now Princess Marie-Victoria, heir to the mightiest empire in the world, and Aelwyn Myrddyn, a bastard mage, face vastly different futures.

Quiet and gentle, Marie has never lived up to the ambitions of her mother, Queen Eleanor the Second. With the help of her Merlin, Eleanor has maintained a stranglehold on the world’s only source of magic. While the enchanters faithfully serve the crown, the sun will never set on the Franco-British Empire.

As the annual London Season begins, the great and noble families across the globe flaunt their wealth and magic at parties, teas, and, of course, the lavish Bal du Drap d’Or, the Ball of the Gold Cloth.

But the talk of the season is Ronan Astor, a social-climbing American with only her dazzling beauty to recommend her. Ronan is determined to make a good match to save her family’s position. But when she falls for a handsome rogue on the voyage over, her lofty plans are imperiled by her desires.

Meanwhile, Isabelle of Orleans, daughter of the displaced French royal family, finds herself cast aside by Leopold, heir to the Prussian crown, in favor of a political marriage to Marie-Victoria. Isabelle arrives in the city bent on reclaiming what is hers. But Marie doesn’t even want Leopold-she has lost her heart to a boy the future queen would never be allowed to marry.

When Marie comes to Aelwyn, desperate to escape a life without love, the girls form a perilous plan that endangers not only the entire kingdom but the fate of the monarchy.

This book was unlike quite anything else I’ve read in a very long time. Set in the early 1900s England but a different England than we know, de la Cruz weaves history and fantasy together seamlessly. The storyline flits between characters’ points of view, which one would think may be annoying but actually works in this book. I think it works because the character development is so well done.

Having said that, I found the ending of the story a bit irritating. For me it felt that the author just wrapped things up a bit too neatly, patiently explaining to reader why everything that happened had happened. It would have been far stronger if there had been foreshadowing throughout the novel to lead to the conclusions that came. That was a real disappointment for me.

Overall, though, I did enjoy this book. It was different and new. Give it a read!