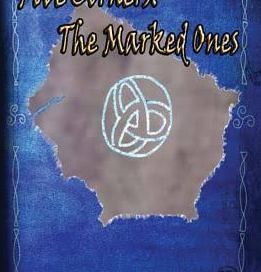 After one of my last contests I found that someone who had won a book was trying to sell it on eBay for $18 USD. Now people can do whatever they wish with prizes they win from me. I would hope they would chose to gift it to a school or library rather than sell it for their own profit but to each their own. No judgements here.

However, the seller of book in question said it was a signed first edition of Five Corners: Book 1 of the Marked Ones. The only problem is that it wasn’t a first edition, it was a SECOND edition. I actually happen to have quite a few copies of the first edition (the only differences between the two editions are: correction of typographical errors and a new cover). So I thought if someone wants a first edition, I would be happy to sign it and send it to them for $5 (plus shipping, of course).

If you’re interested in a first edition of the book and want to get it for $5, you can order one below.