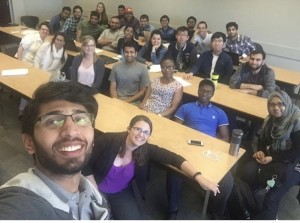 My first class of grad students.

Last week I was on campus and ran into one of the graduate students I’d worked closely with. He had been a TA for the i2E program I coordinated, he had been one of my first students in the graduate research writing course I taught, and we had worked together on the Engineering graduate student symposium. He waited patiently for me to finish the conversation I was already engaged in. It took several minutes. Pleased to see him, I apologized for making him wait and offhandedly mentioned that the person I had been talking to was my new dean. He looked confused for a moment and I realized at once. He didn’t know.

“You do know that I’m no longer with Engineering?”

When he admitted that he had no idea, I felt horrible. How could I have neglected to share the news with the students I worked most closely with? 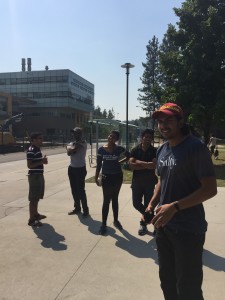 Some of the grad students who spent a July afternoon filming for the i2E video with me.

The last year has been quite the tempest in my professional life. After failing at my third tenure track interview at my institution, I had opted to remain in a 12-month lecturer position with the School of Engineering, where I had been teaching writing and communication on and off since 2008. Colleagues outside the School who knew me well gently suggested that I would find it difficult to remain in a unit that had rejected me for a more junior candidate but I was determined that I could carve out a space for myself. After all surviving in academia was about addressing gaps – in research, in practice. And I had identified a gap: helping the growing number of graduate students in the School with their communication skills. Hard work combined with innovative spirit would surely result in success. Ah, but as I would soon discover continuing positions are rare for writing instructors and even more so in a unit that already has 2.5 positions devoted to tenured writing instructors. 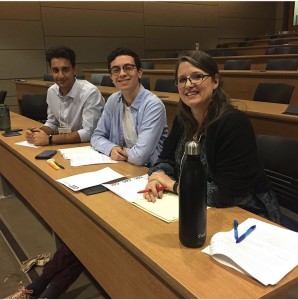 So much fun judging the Okanagan Engineering Competition’s debate category with student judges.

My focus became the graduate students. I embarked on a heavy teaching load (4 courses in the fall term, one of them a grad course), I also designed and delivered 10 graduate student workshops, took over the coordination of the first year Introduction to Engineering program with two graduate student TAs, started a new research project with my colleague, finish the edits on the second edition of my textbook, spearheaded a speaker series for graduate students, agreed to be the faculty liaison for the graduate student symposium, held open office hours for any graduate student in the School, co-designed and led the TA invigilation training, and took on a number of other committee positions. By December I was exhausted. And a bit discouraged. I really didn’t see that anyone was noticing all that I was doing. Anyone besides the grad students who were a wonderful, inspiring, and almost constant presence at my office door. 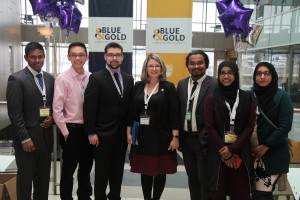 Some of the organizing committee for the wildly successful Engineering Graduate Student Symposium in February 2018. I so enjoyed mentoring these amazing students as they put together an outstanding program!

I continued my work through the second term but the fingers of doubt started to creep in. In March when I was told I would be offered another 12-month leave replacement contract. I hesitantly asked if there was any possibility of the contract being a three-year term as other units were doing (I had already applied to a 3-year term in another department but at that stage would have liked to continue growing my work with the grad students). I was told that there was no guarantee past the 12-month position. My history in the unit raised warning flags for me. Although I had originally been hired in 2008, the tradition was that I was offered full-time work for the fall term but in the winter term work dried up and often disappeared altogether. Being unemployed for half the year was not only unappealing it had also hurt my career in the past. But beyond that, I was given no indication that my work had even been noticed by the administration. It was disheartening. To put in so much extra time and effort and to have no one notice. 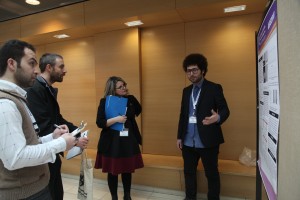 I was honoured to be asked by the students to judge the poster presentations – a task that proved to be harder than I originally anticipated as they were all so good.

The only brightness in the increasing darkness I felt on campus was the presence of the students, particularly the grad students. I saw them daily and they always had news about their lives and their studies. And I continued to teach the graduate research writing course – I taught it four times consecutively, read the work of 84 students who were doing the most amazing research, had the benefit of seeing some defend and graduate and others publish in peer reviewed journals and still others land jobs in their field. It was immensely gratifying. But it also illuminated for me what I was doing. My research would never be realized while teaching writing for an Engineering department. My position felt more and more like a service component instead of a serious academic endeavour. 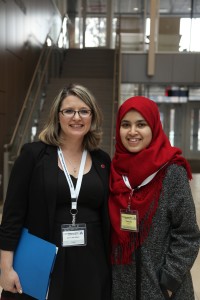 A highlight of my time in Engineering was working with the incredible women who are doing such important research in the field.

So while my research and writing was being appreciated in the wider community, my home unit didn’t necessarily acknowledge it. And then a job opened up that would allow me to work in the same unit as my co-researcher, friend, and co-author. It would also allow me to continue my research and actually expand what I was doing (in fact, I’m already engaged in 3 separate research projects and I haven’t officially started the job yet). I would also be teaching the course that my textbook had been written for. It was an opportunity I couldn’t resist.

My co-author and I were so pleased that the university showcased our textbook, Writing Today, when it was released in March, particularly because the book features samples of UBC student work.

It was bittersweet to write my letter of resignation. Part of me was hurt when it was accepted with no face to face meeting or discussion. The crack that had started in 2009 when the funding for my tenure track position had been pulled and then had deepened when I was runner-up to a colleague I had mentored for many years, was now too deep to mend. I knew that it was past time to move on. 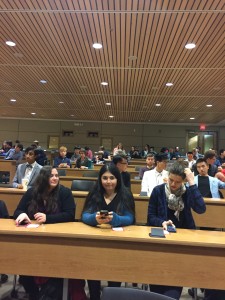 The Iron Pin Ceremony for new students was one of the events I really enjoyed as I saw my first year students so excited to be part of the School.

But these things are tricky. I finished teaching June 30th. My contract didn’t end until July 31st but with office space being a premium and my teaching obligations being over, I was asked if I could work from home for the remainder of my contract. I agreed. But I forgot about my wonderful grad students.

I discovered, several weeks after I packed up my office and left, that they had no idea I had left. In fact, as I navigated my way from my old office space to the library building (normally a 3-5 minute stroll), I was stopped by student after student asking me where I’d been moved to. Apparently the grad students had continued to pop by my office and look for me. It took me more than 30 minutes to get to the library that day. And I reminded my students that I hadn’t left UBC, just changed units. If they needed me, all they had to do was email. But we all know it won’t be the same. And even though I intend to attend their defenses and I will sit with faculty at convocation to see them graduate, it will never be the same. Not really. 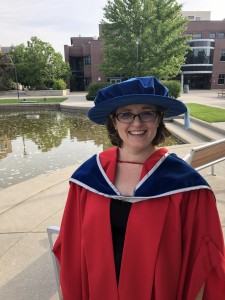 Convocation is such a special time for our students. One that I’m honoured to be a part of.

As I prepare to start teaching in my new position in a few weeks, I’ve been reflecting on the loss of what I had. I know this is the best move for me academically. And I am excited to settle into my new role. But I will always be grateful for the time I spent with the School of Engineering and with the incredibly inspiring students who believe a better future is possible for our planet. I will miss you!